The 3rd and final season of Star Trek’s Picard premieres this month. Other highlights include Mean Girls, the best comedy of all-time, and That Girl Lay Lay (Season 1). Speaking of Nickelodeon shows, something interesting to note: THE LOUD HOUSE (Season 5) arrived in full in January.

This marks “only” 7 months between the finale and streaming. This is the fastest arrival of Nickelodeon / MTV / VH1 series since Paramount+ launched. Does this mean their horrible windowing is finally going away? Uh, well, if you look at this month’s schedule, no. Back to 1.5 year wait for shows that aired in the USA. But things might be changing by the end of the year unless they made a mistake and dropped more episodes than they meant to. Sadly, with the following shows not even streaming yet, we’ve got a long way to go before Paramount+ reaches a cadence of relevance for cable shows:

and that’s not even taking into account the many episodes / fully aired seasons still missing from shows like:

etc. So any praise is minimal until we see much quicker progress. 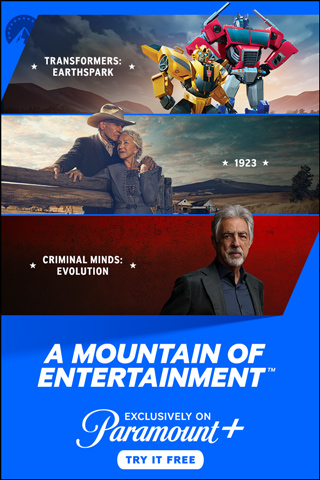 | 🦥 – How long did it take Paramount+ to add this season?

0 54
Everything Streaming On Paramount+ In September 2022

0 23
Everything Releasing On Paramount+ July 2022 (Or Should That Be Awesomeness TV+?)

0 29
Disney Plus Has Fewer YouTube Subscribers Than You’d Expect. Which Streaming Service Has The Least?

0 32
iCarly is a Hit! Here are 5 Disney Channel Shows Disney Must Bring Back for Adults