Nick’s recently cancelled Jayden Bartels and Jules Leblanc sitcom, Side Hustle, makes its first appearance on streaming when season 1 arrives. If it’s anything like other shows, it won’t be the full 1st season, but half of it. We hope it is complete since any other service would have added the 2nd season by now as well. As always, the cable seasons arriving are well behind Paramount’s competitors. We’re at least getting seasons that ended early 2021 now, although Nickelodeon’s 2018-2020 lineup of Group Chat, Unfiltered, The Astronauts, Unleashed, Cousins for Life, and Star Falls remain missing.

🦥We’re introducing a brand new feature this month! To further illustrate how far behind Paramount+’s industry-worst “1.5 year window” on cable episodes forces them to be, we’re going to point out when the season ended after each new cable season addition using this sloth🦥. We hope by continuing to call them out for this anti-consumer behavior they will change their strategy before the end of the year. Paramount+ is one of the greatest services right now, but this is their fatal flaw.

Paramount+, already far in front of Disney+ in terms of NickToons vs TVAToons library, is not one to rest on its laurels. On September 7th, popular 2007-2011 toon Back at the Barnyard is coming to Paramount+. We commend Paramount for putting the work in and continuing to fill in the gaps, which is much more than can be said about Disney Streaming. After Back at the Barnyard, Paramount will mostly be missing 3 cartoons that released within the same period, The X’s, Catscratch, and El Tigre. Here is our updated NickToons graphic featuring Back at the Barnyard now filled in. Our prediction is that El Tigre will be the next to “appear” since it’s available digitally.

Paramount+ Originals to watch out for in September include the new series My Dream Quinceañera, the season premieres of The Good Fight and Seal Team, and new movie On The Come Up.

🦥 – How long did it take Paramount+ to add this season?

Since we’re a Disney+ focused site, Disney-distributed titles are bolded. 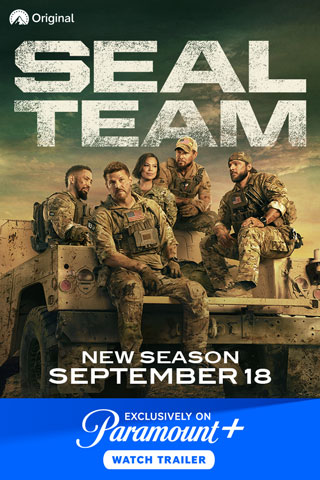 0 27
Disney Plus Has Fewer YouTube Subscribers Than You’d Expect. Which Streaming Service Has The Least?

0 45
After Excellent Start, Nickelodeon Library Now An Afterthought On Paramount Plus
Plagued by no-shows and antiquated licensing, Paramount+ lets Nick fans down.